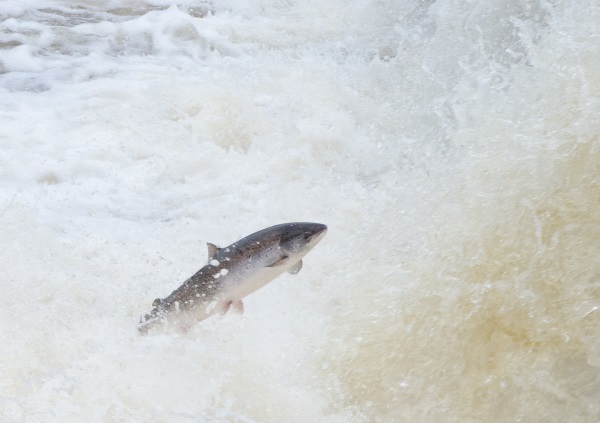 The Standing Committee initiated a study on wild Atlantic salmon in Eastern Canada on May 10th, and has heard testimony from senior Department of Fisheries and Oceans (DFO) officials regarding the magnitude and impact of the Greenland commercial Atlantic salmon fishery on Canadian stocks. Canadian Atlantic salmon migrate for ocean feeding off of the coast of Greenland prior to returning to the rivers where they were born and raised and are thus very vulnerable to commercial fishing pressure.

“Atlantic salmon numbers are very low and have reached the critical level in some Canadian rivers,” said MP Robert Sopuck. “That is why the Ministerial Advisory Committee on Atlantic salmon struck by the previous Conservative government recommended that Canada put in place strong conservation measures to protect our vulnerable stocks.” Sopuck continued, “Greenland’s overharvest undermines Canada’s conservation efforts and is especially galling since Greenland produces very few salmon itself and harvests 70 to 90% Canadian fish.”

The economic contribution of Atlantic salmon to Eastern Canada is estimated to be $150 million annually, and the recreational fishery supports approximately 4,000 full-time jobs. DFO officials at committee noted that Greenland has few rivers that produce Atlantic salmon, and that the Greenland fishery concentrates on large multi-sea-winter salmon, which are the most valuable fish in terms of the renewal of Atlantic salmon stocks. In DFO’s submission it was also noted that “large salmon (multi-sea-winter), the most important egg bearing fish in mainland portions of Eastern Canada, declined by 84% from 1971 to 2014.”

“The fact is that in Canada we have been making strategic investments to restore salmon habitat, in order to help Atlantic salmon stocks recover. Meanwhile, Greenland produces few salmon and simply takes advantage of Canada’s hard work by over harvesting the most valuable large salmon,” said MP Robert Sopuck. “This pattern is simply not sustainable, and we urge the Government of Canada to use all tools at its disposal, such as diplomatic or economic sanctions, to ensure Greenland stops this destructive practice.”